Over the past few weeks Ether’s fundamentals have strengthened and despite a sharp downturn in the price of decentralized finance tokens, the number of active users in the Ethereum network has continued to grow.

When Bitcoin price rallies Ether is usually the first beneficiary and this was the case again as BTC price rallied to a key multi-year resistance at $11,500.

During bull cycles or even short-term uptrends, Bitcoin follows Ether and vice versa. Both cryptocurrencies tend to move in tandem, with either one frontrunning the other. 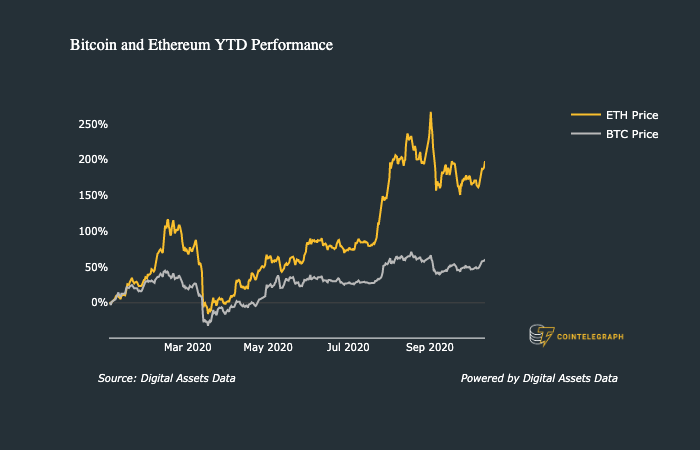 Throughout the past two weeks, traders focused on the favorable technical structure of Bitcoin. Crypto trader Cantering Clark said the “context” of the market momentum is also important.

High time frame charts, including the weekly and monthly charts, depict a bullish outlook for Bitcoin. Adding to this, other events like Square and MicroStrategy investing nearly $500 million in Bitcoin could further amplify the positive sentiment. Clark explained:

“Context not only includes market structure, it includes any type of underlying growth driver that may be at play. Hard to be bearish on BTC. You could essentially create a wheel with bullish tweets, spin it at random, and be right almost immediately in this market.”

Although the decentralized finance market has been flat since early October, the demand for Ether has not subsided. 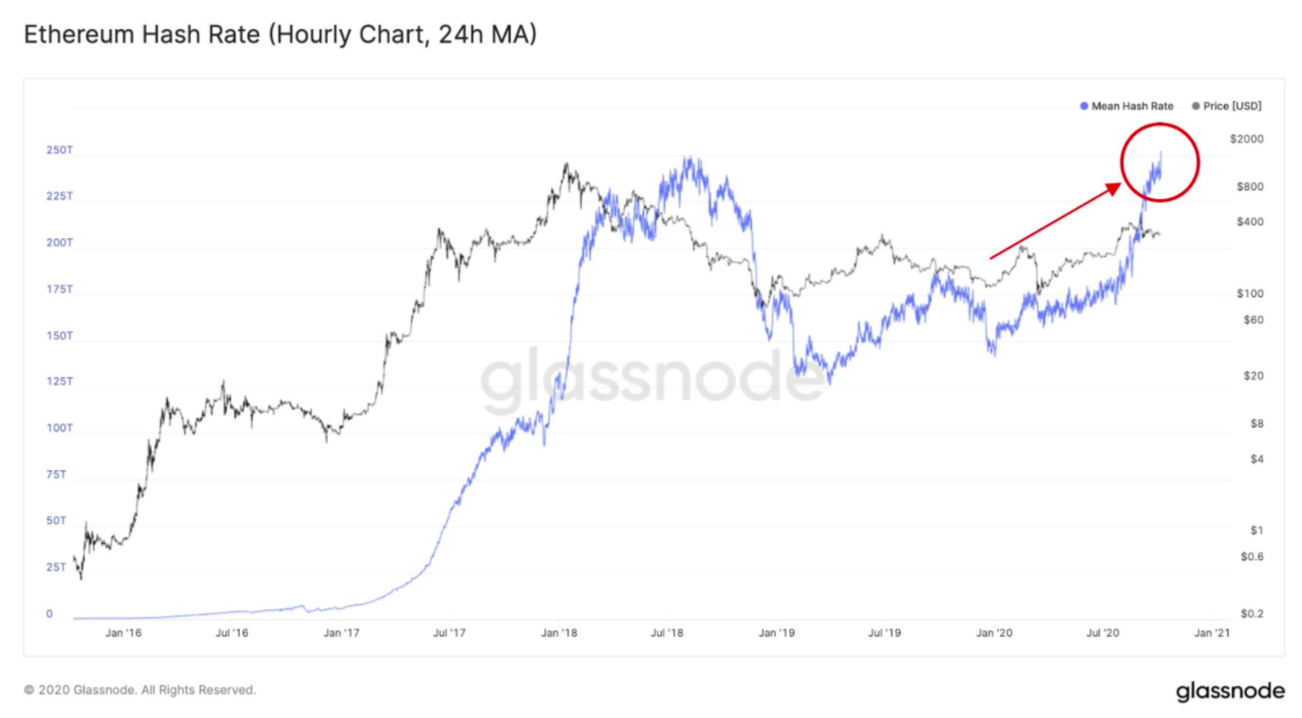 Activity on the Ethereum blockchain has consistently remained high. As a result, the hashrate recently hit a record high. Glassnode researchers wrote:

“Ethereum hash rate hits an ATH. Ethereum miners have pushed the hash rate to a new record high in the wake of the #DeFi hype and surging fees. It crossed 250T/s and is now up 80% since the beginning of the year.”

The confluence of a strong Bitcoin rally and robust Ethereum fundamentals likely catalyzed the sharp Ether rally. In the near term, the next hurdle for Ether to overcome is the resistance cluster at $400.